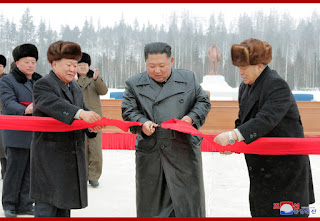 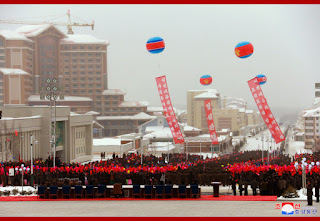 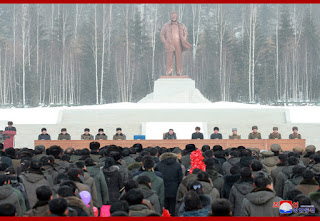 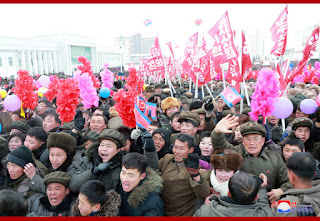 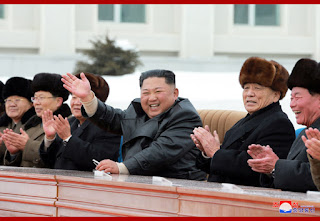 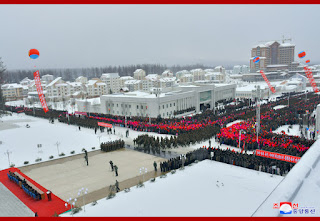 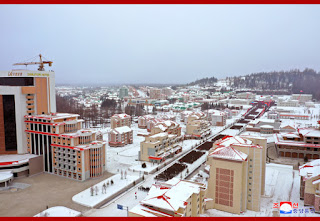 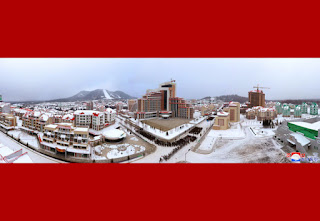 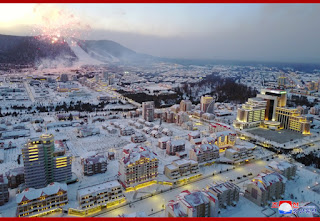 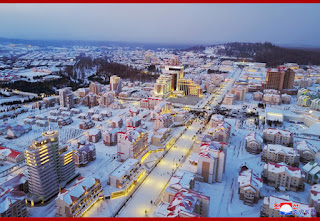 Pyongyang, December 3 (KCNA) — A ribbon-cutting ceremony of the Township of Samjiyon County was held with splendor on Dec. 2.

Kim Jong Un, chairman of the Workers’ Party of Korea, chairman of the State Affairs Commission of the Democratic People’s Republic of Korea and supreme commander of the armed forces of the DPRK, attended the ceremony.

The Township of Samjiyon County, the glorious land housing Paektusan Secret Camp where Chairman Kim Jong Il’s birthplace is located, has turned into an example of a mountainous modern city under socialism, an epitome of modern civilization. Thus the steadfast faith and will of the Party and people of the DPRK to add eternal luster to Kim Jong Il’s immortal revolutionary history and exploits has been fully demonstrated and a revolutionary springboard for successfully implementing the Party’s plan for local construction provided.

Amid a welcome music, Supreme Leader of the Party, state and armed forces Kim Jong Un came out to the ceremony.

Premier Kim Jae Ryong, member of the Political Bureau of the Central Committee of the WPK and member of the State Affairs Commission of the DPRK, attended the ceremony.

Also present there were Army General Pak Jong Chon, chief of the General Staff of the Korean People’s Army, officials of the armed forces organs and soldier builders.

Thunderous shouts of hurrah broke out along with the shooting-off of fireworks and release of balloons which beautifully decorated the sky above the township area in Samjiyon County.

Then there was march-past of the builders of the 216 Division who performed miracles and exploits in building the Township of Samjiyon County. -0-