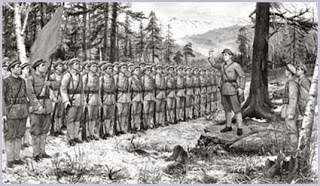 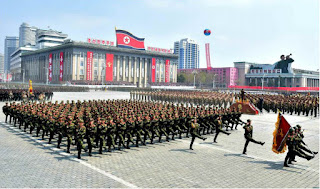 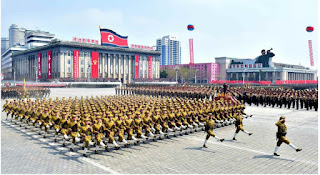 Under the leadership of the great leader comrade KIM IL SUNG , the revolutionary armed forces of the Korean people defeated two imperialisms  Japanese and US .
In the intense DPRK-US stand off after the Korean war of the 1950s the KPA commanded by the great leaders comrade KIM IL SUNG and KIM JONG IL scored one victory after another including capturing the USS Pueblo .
Every soldier of the KPA is a match for a hundred .Thanks to the leadership of great President KIM IL SUNG , eternal chairman KIM JONG IL and respected Marshal KIM JONG UN the KPA is an army with advanced weaponry including
strategic weapons.
The KPA was built into an army not only strong in weaponry but strong in ideology . Today under the leadership of dear respected Marshal KIM JONG UN the task of modelling the KPA on Kimilsungism-Kimjongilism is being carried out.