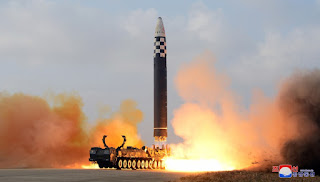 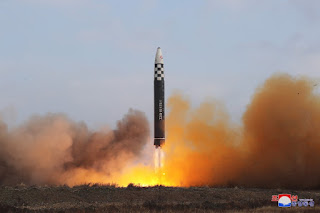 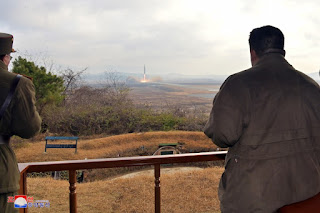 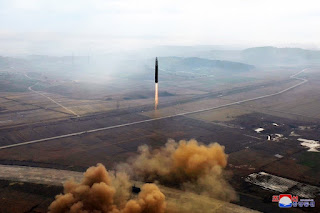 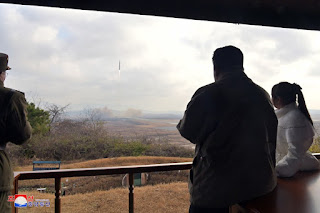 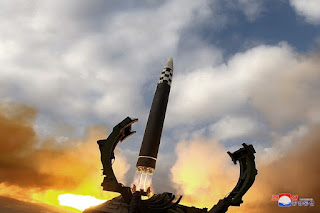 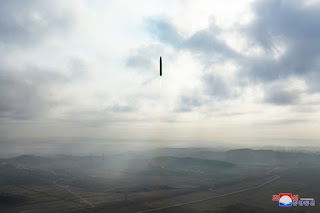 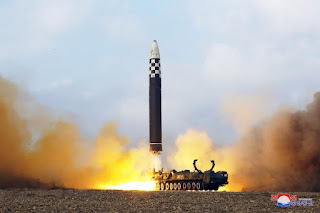 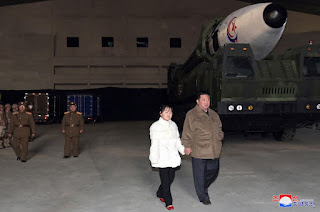 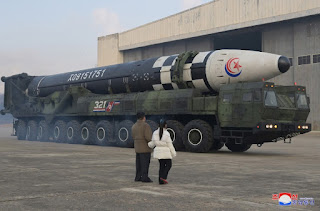 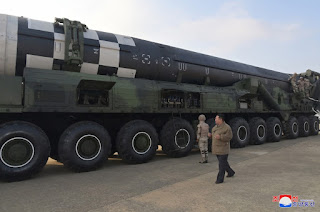 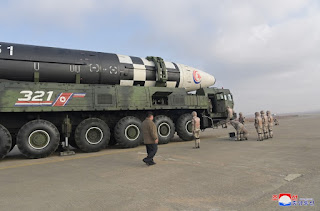 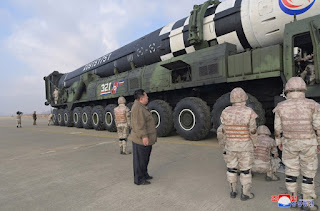 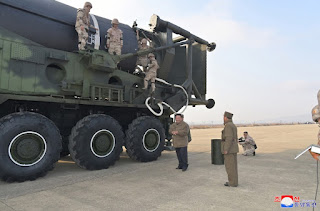 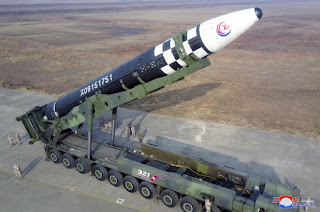 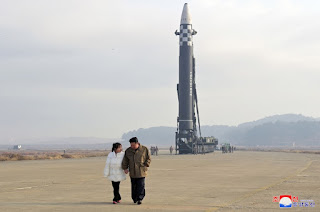 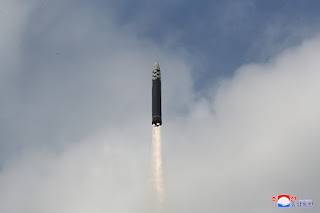 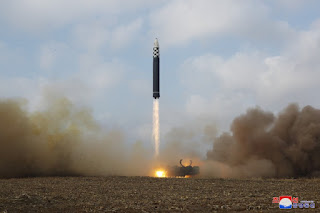 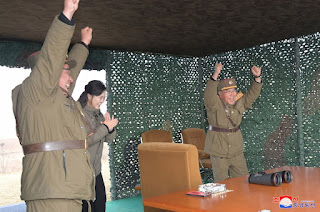 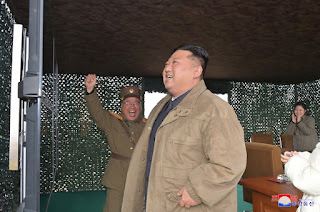 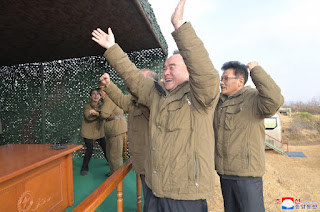 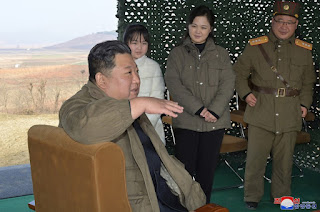 Pyongyang, November 19 (KCNA) — The DPRK strategic forces test-fired a new-type ICBM on Nov. 18 amid the strict implementation of the top-priority defence-building strategy of the Workers’ Party of Korea and the DPRK government on steadily bolstering up the most powerful and absolute nuclear deterrence.

The test-fire was conducted under the intolerable condition that the reckless military confrontational moves of the U.S. and other hostile forces persistently driving the military and political situation in the Korean peninsula to the red line have gone beyond the limit and hypocritical and brigandish sophisms have been justified even in the UN arena to brand the right of a sovereign state to self-defence as provocation in every way.

Kim Jong Un, general secretary of the Workers’ Party of Korea and president of the State Affairs of the DPRK, guided the test-fire on the spot.

The test-fire was aimed at checking the reliability of the weapon system and its operation.

The new-type ICBM Hwasongpho-17, launched at the Pyongyang International Airport, traveled up to a maximum altitude of 6 040.9 km and flew a distance of 999.2 km for 4 135s before accurately landing on the preset area in open waters of the East Sea of Korea.

The test-fire clearly proved the reliability of the new major strategic weapon system to be representative of the DPRK’s strategic forces and its powerful combat performance as the strongest strategic weapon in the world.

Encouraging the successful test-fire, Kim Jong Un said he came to confirm once again that the nuclear forces of the DPRK have secured another reliable and maximum capacity to contain any nuclear threat.

The recent dangerous situation in which the U.S. and other hostile forces’ military threats get ever more undisguised around the DPRK more urgently requires it to substantially accelerate the bolstering of its overwhelming nuclear deterrence, he pointed out.

Stressing the need to show more clear action under the present situation in order to make the U.S., south Korea and other vassal forces be aware that the military counteractions against the DPRK lead to their self-destruction and they have to reconsider a wise choice to improve their security environment, Kim Jong Un said that our Party and government should clearly demonstrate their strongest will to retaliate the hysteric aggression war drills by the enemies seeking to destroy peace and stability in the Korean peninsula and the region. Then he stated that the more the U.S. imperialists make a military bluffing in the Korean peninsula and its surrounding area while being engrossed in “strengthened offer of extended deterrence” to their allies and war exercises, the more offensive the DPRK’s military counteraction will be.

Kim Jong Un solemnly declared that if the enemies continue to pose threats to the DPRK, frequently introducing nuclear strike means, our Party and government will resolutely react to nukes with nuclear weapons and to total confrontation with all-out confrontation.

Referring once again to our Party’s defence-building strategy for steadily bolstering up the nuclear strategic weapons, he urged the national defence scientific research sector to put more vigorous spurs to the development of Juche-based strategic weapons of Korean-style and the ICBM units and all the units for the operation of tactical nukes to intensify their training with high vigilance so as to perfectly discharge their important strategic duty in any situation and at any moment.

All officials and scientists in the sector of the national defence science and combatants of the strategic nuclear weapons units vowed to absolutely worship and remain intensely loyal to Kim Jong Un who came out to the site for the historic major strategic weapon test-fire, a crucial milestone in bolstering up the nuclear forces of the DPRK, together with his beloved daughter and wife, to personally guide the whole course of the test-fire and warmly encourage them and showed the road of eternal victory, giving greater strength and courage in the dynamic advance for bolstering up the state nuclear strategic forces. And they hardened their determination to accelerate the building-up of the DPRK’s powerful strategic forces in the future, too, and seize more tightly the nuclear weapons to defend the Party and the revolution, the country and the people forever. -0-