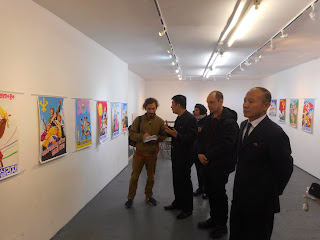 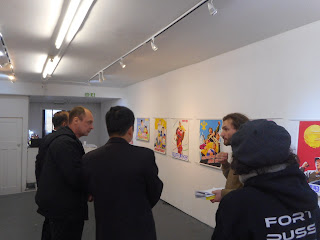 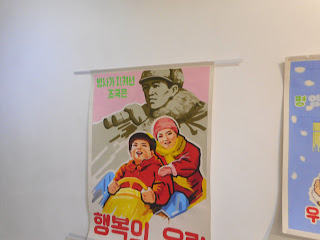 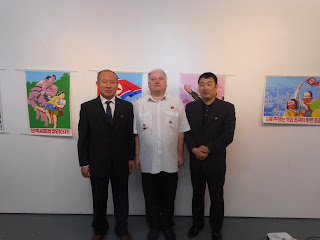 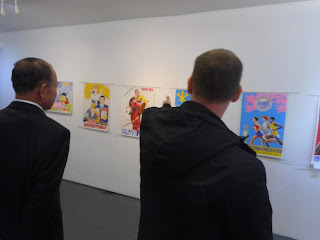 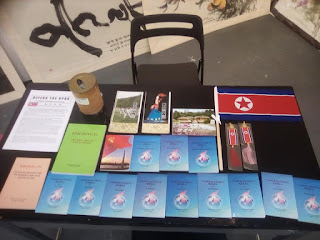 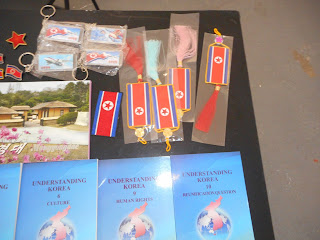 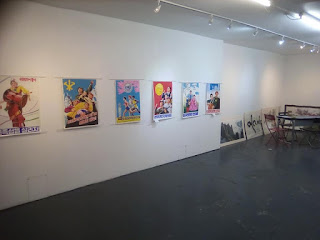 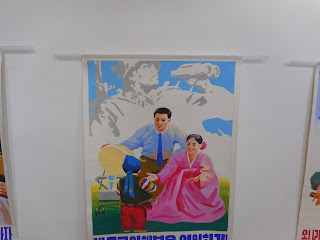 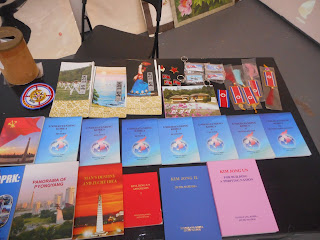 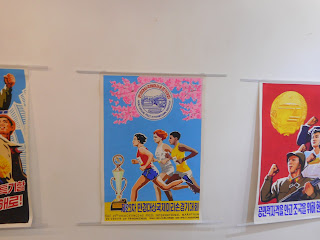 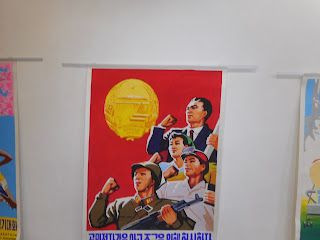 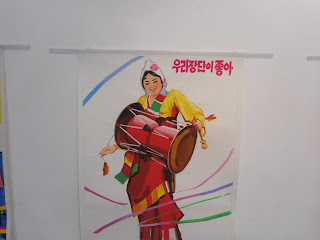 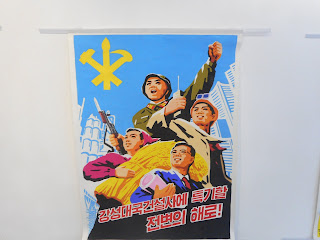 The UK Korean Friendship Association held its second DPRK Revolutionary Poster Exhibtion on Saturday 27th of April and the 28th of April at the 5th Base Gallery , in East London. 20 hand painted original posters were exhibited along with 5 pieces of artwork .

The exhibition attracted more people than the exhibition held in Croydon last year and there was a lively atmosphere . Many discussions were held and people said they now understood the reality of the DPRK much better . Visitors were deeply impressed by the quality of DPRK art and highly praised it.

In addition to the posters we had a literature table and sold a big quantity of DPRK books as well badges and small souvenirs . We also showed videos of the DPRK film
‘ A Schoolgirls Diary’ and the concert of the Moranbong band .
The DPRK Ambassador comrade Choe Il and Minister of the DPRK Embassy comrade Kim Song Gi attended the exhibition .Ambassador Choe Il made a speech introducing the posters and also emphasising self-reliance