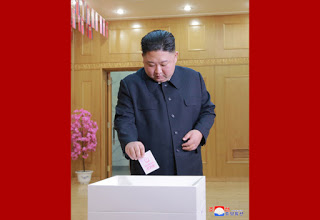 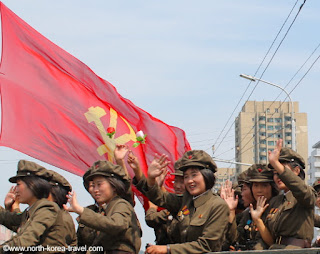 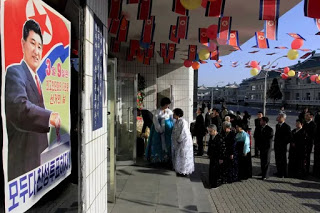 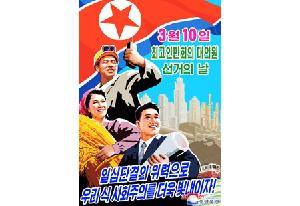 A refutation of critics of people’s democracy in People’s Korea
It is common for the mainstream media ,pundits and academics to describe the Democratic People’s
Republic of Korea as a “dictatorship ” etc and complain about the lack of so-called “free elections’ . Of course they would do well to worry elections in capitalist countries where in some places 56 per cent of electors do not bother to vote .
Leaving aside the propaganda of those ill-intentioned towards People’s Korea , the argument would appear to be based on a fundamental misunderstanding of the DPRK’s political system and a false comparison between politics in capitalist countries and politics in the DPRK and other socialist countries.
Basically a wrong comparison is made between the Workers’ Party of Korea and the Supreme leadership of the DPRK on the one other and on the other hand politicians and political parties in capitalist countries . The two are not the same , they have different roles and functions .
Elections and politics in capitalist countries are basically illusory. Real decisions are not made by elected bodies but actually by the big corporations the banks , the landowners and the upper echelons of the civil service , none of which are elected by the whole people . When did you ever vote for Amazon or Tesco ? When Lloyds Bank took over TSB bank , did you vote for it , were you consulted ? . The simple answer is no!
Politicians in Western countries are just spokespeople or a front for those with real power, of course being a politician in a capitalist country is a very lucrative trade . £79,468 per year for being a member of the British parliament plus expenses , long holidays and very little work so it inevitable that many would compete for such roles.It is not surprising that some will say ‘they are all out for themselves ‘.
In People’s Korea , deputies to the Supreme People’s Assembly, the highest organ of power are honorable servants of the people . Ordinary workers are deputies to the Supreme People’s Assembly.There is no need to compete for a place in parliamentary easy street but rather a matter of the people choosing the best people for the job , people they will have confidence in . Thus elections in the DPRK are civilized affair . Moreover the turnout is virtually 100 per cent and people dance and sing on election day .
From time to time the real rulers in so-called “democracies ‘ when faced with serious crisis , dispense with the facade and rule by force , this is what happened in Germany , Italy and other countries in the 1930s . A dictatorship is when the capitalist megacorporations sink their differences and entrust power to one individual or a group of individuals to rule on their behalf . However in the DPRK where social ownership prevails there are no big private corporations so a dictatorship cannot arise.
Parties in capitalist countries more often than not a simply run by small cliques and the sole aim to get their people into parliament . By contrast the ruling party in People’s Korea is a mass party of the working class , working farmers and working intellectuals .It exists for the people , for the many and not the few .Its role and function is to lead the building of socialism , to organise and guide the people .The Workers Party of Korea has a mass membership and has members in all walks of life from waitresses and shop assistants to generals and ministers .
To conclude it is really impossible to compare politicians in Western capitalist countries w  with the Supreme leadership of the DPRK and the Workers’ Party of Korea