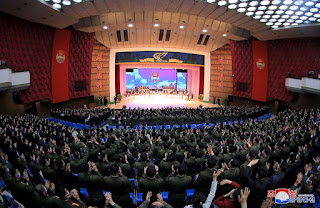 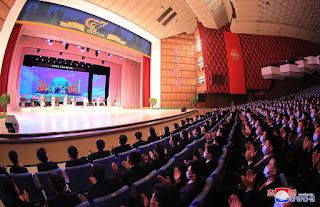 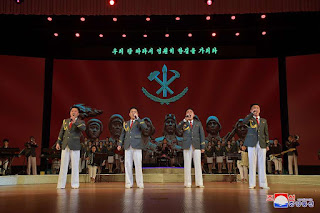 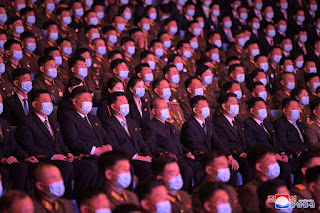 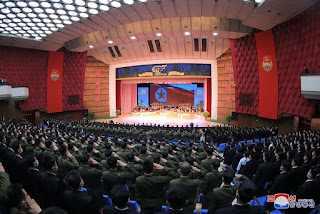 Ri Il Hwan, secretary of the Central Committee of the Workers’ Party of Korea, enjoyed the performance.

Through the performance which began with chorus “Glory to General Kim Jong Un” and “March of Korean Youth”, the performers sang highly of the exploits of the peerlessly great men who created a new history of the Juche-oriented youth movement and led it only to victory and glory.

Touching the heartstrings of the audience were numbers that impressively represented the noble love of President Kim Il Sung and Chairman Kim Jong Il who set it as the most important state affair and the strategic line of the revolution to give importance to the young people and brought them up to be the most vibrant unit of society and vanguard fighters of the revolution.

The performance ended with choral recitation of poem “We Are Successors of Revolution” and chorus “We Will Defend General Kim Jong Un with Our Lives”. -0-