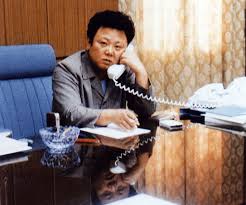 Kim Jong Il (1942-2011), the eternal Chairman of the National Defence Commission of the Democratic People’s Republic of Korea, is known to the world as a strong-minded statesman who staunchly defended the sovereignty and dignity of his country against the high-handedness and arbitrariness of the so-called only superpower in the world.

However, he was not merely a strong-minded and strict leader; many people remember him as a tender-hearted man, a man with warm humane feelings.

Here are some examples.

In July 1981 when the then director-general of the Asian Regional Institute of the Juche Idea was returning home after his visit to the DPRK, he got ill. So he had been carried to a hospital in another country. When he was receiving medical treatment at the hospital, a doctor from the DPRK visited him to his great surprise. After receiving the report about his hospitalization, Kim Jong Il had sent the competent doctor and many tonics to him. He also ensured that he met his son from India, saying that he might be missing his son during his days in the hospital in a foreign country.

Among those who formed ties with Kim Jong Il are not only adults but children including Jindallae (azalea in English). Her father, a Palestinian diplomat resident in Pyongyang, had failed to father a child for a long time, but after receiving medical treatment at the Pyongyang Maternity Hospital, his wife gave birth to a girl.

The parents sent a letter of thanks to Kim Jong Il and asked him to name their daughter. Happy with their event, Kim Jong Il named it Jindallae after a beautiful flower in Korea. On her birthdays, he would send gifts to her. 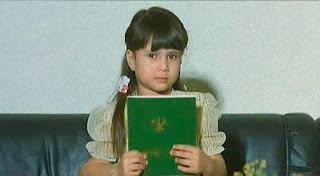 One day, Jindallae sent him a letter on one of her friends, who felt downhearted as she was going bald. Fully aware of her inner thoughts, he took detailed measures to bring her friend to Pyongyang and give her special medical treatment. Her appearance turned to that of beautiful girl with downy hair, and bright smiles lit up on her face.

Facts tell: Chairman Kim Jong Il was a man of humane feelings with which he approached all the people, whoever they were, with warm and genuine affection.