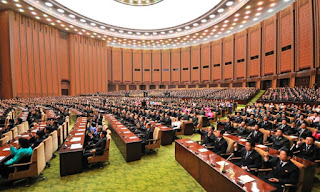 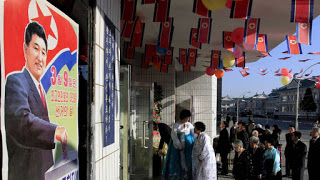 So the right wing  US website National Interest  quoting the equally right wing” Economist Intelligence Unit  claims that the  DPRK is ‘the most undemocratic country in the world ‘. My first thought was what a load of nonsense  ! Surely Saudi Arabia would merit that accolade rather than People’s Korea but of course the Economist Intelligence Unit is very right wing and hates socialist countries such as the DPRK so feudal and fascist regimes would be a democratic paradise to them !

Let’s examine the  issue in detail . Firstly , what is democracy ? A quick search on Google comes up with the following  definition ‘ a system of government by the whole population or all the eligible members of a state, typically through elected representatives’, other definitions are ‘rue by the people , for the people ‘ . People’s Korea actually neatly fits this definition very well  because it is a true people’s democracy .

In People’s Korea everyone over the age of 17 has the right to elect and be elected . A Supreme People’s Assembly which is elected by direct universal and equal suffrage  , elects the State Affairs Commission of the DPR and the Cabinet.

In the DPRK 99.9 percent of electors participated in the elections and a 100 percent voted for the candidates on the list of the Democratic Front for the Reunification of the Country . In the USA winning candidate  Biden got 81 million votes out of a total of 239 million people eligible to vote ( and many people in the USA are excluded from voting ) meaning only 27 percent of electors voted for him , a minority basically , this means the US fails the definition of democracy . In so-called ‘democracies ‘ those who do not vote for the winning party are effectively disenfranchised and marginalised.

The DPRK does indeed have a different system to bourgeois democracy in the West (which is better described as a plutocracy rather than a democracy ) , it is  people’s democracy , socialist democracy and proletarian democracy .  Moreover in Western countries wealth is concentrated in the hands of a minority ; 1 percent of the population. The 1 percent can obviously use their economic power to control the political process.

In the DPRK candidates are chosen by mass meetings of electors first , rather than by a small clique of people putting forward a candidate. No one who does not have the support of the people can forward as a candidate , it is as simple as that . On election day voters approve the candidates .

The mainstream media assert ‘there is no choice’ in DPRK elections but what real choice is there in many capitalist countries where often all the parties support capitalism ? Really elections in capitalist countries are about deciding who is going to fiddle their expenses and vote themselves a pay rise and more expenses ( the salary for a British Member of Parliament is £81,932 per year) . In People’ Korea ordinary workers including street cleaners are elected to the SPA , something that would be almost impossible in a capitalist society . In the UK only one or two members out of 650 members of the UK parliament are of working class origin , this is less than 0.5 per cent . In the DPRK in 1990 ,  47 per cent of deputies to the SPA were workers and farmers. 20 percent of deputies to the SPA are women .

In People’s Korea there is not only the Supreme People’s Assembly but also Provincial and District People’s Assemblies and People’s Committees . Each block of flats is run by a people’s neighbourhood unit.

Thanks to the Juche idea , the DPRK has a most advanced , superior people-centred democracy. It is the most democratic country in the world .