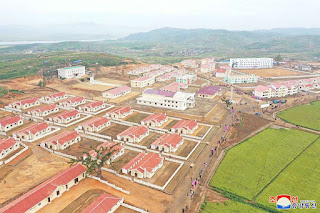 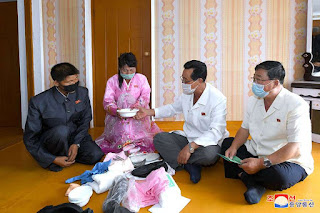 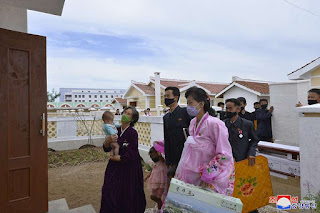 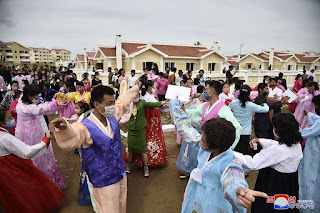 In People ‘s Korea farmers have moved into new homes which were built in flood affected areas such as  Kangbuk-ri in Kumchon County, North Hwanghae Province . The new homes were built in double quick time by the soldiers of the Korean People’s Army . A miracle in itself as the new homes have been built in just under a month an incredible speed that is possible only in People’s Korea which is known as the country of Chollima ( Chollima being a legendary flying horse which gave its name to mass innovation movement in the DPRK in the late 1950s).

However , there is another understated miracle ; the new homes have been built without foreign assistance and aid . Yes that is right , the new homes were built by the Korean People’s Army and Korean people not by a thieving multi-national corporation or by a useless imperialist NGO .

Respected Marshal KIM JONG UN had said at the 16th Meeting of Political Bureau of 7th Central Committee of WPK on the 18th of August this year that “The situation, in which the spread of the worldwide malignant virus has become worse, requires us not to allow any outside aid for the flood damage but shut the border tighter and carry out strict anti-epidemic work”

Some countries would have asked for foreign aid , assistance , loans and investments but People’s Korea guided by Juche buckled down applying the revolutionary spirit of self-reliance and spearheaded the recovery effort by itself .

Some do not understand Juche and self-reliance and think the DPRK needs to ‘reform’ and ‘open up’ . Some think that many countries cannot survive without the aid of the West but the recent events in People’s Korea proves this is wrong .

Back in 1962 President KIM IL SUNG said “Having no faith in our own strength, these people think we cannot get along without aid from others. It is not true that we cannot live without aid. We can not only live as well as we wish even without aid, but also build socialism splendidly, and must certainly do so.”

This is very true