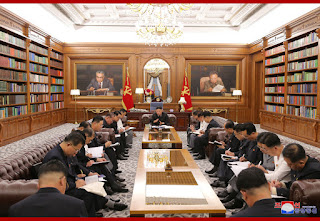 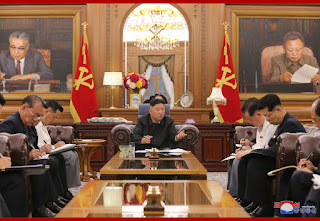 The consultative meeting, on the threshold of the plenary meeting of the Party Central Committee, had an intensive check on the detailed situation of every field in regard to the implementation of main policies for the latter half of this year, and discussed the practical issues to cope with the situation.

The respected General Secretary learnt about and examined the pending issues arising in guaranteeing the state economic work and people’s living and assigned important tasks for it.

Pointing out the direction of the work and study to be carried out by every department of the Party Central Committee, government organs and every provincial Party committee under the present situation, he unfolded a plan to bring about a tangible change in stabilizing the state economic work and people’s living with the plenary meeting of the Party Central Committee as an occasion.

Repeatedly underscoring the need for senior officials of the Party Central Committee, government and every provincial Party committee to make devoted efforts to fulfill their honorable duties of taking responsibility for the destiny of the country and the people, fully aware of their mission and duty, he gave important instructions on some measures to be taken for developing the economy of the country and improving the standards of people’s material and cultural life. -0