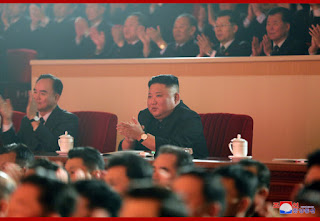 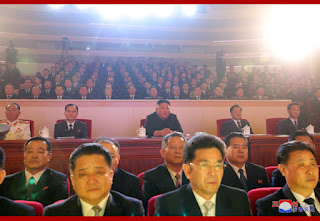 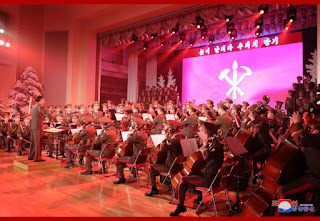 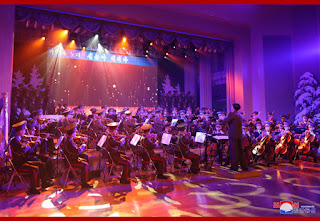 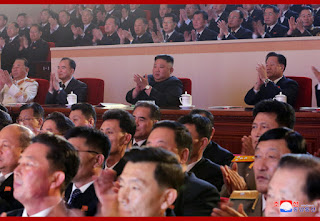 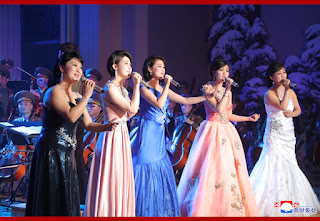 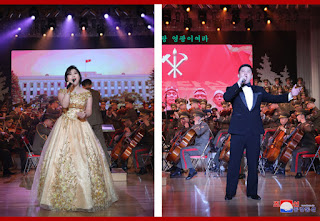 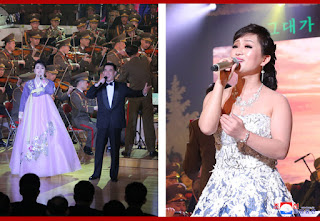 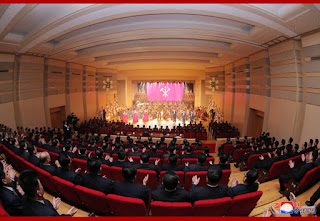 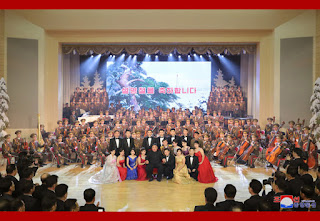 Pyongyang, February 12 (KCNA) — Kim Jong Un, general secretary of the Workers’ Party of Korea, president of the State Affairs of the Democratic People’s Republic of Korea and supreme commander of the armed forces of the DPRK, watched a Lunar New Year performance on Feb. 11 together with members of the Party central leadership organ.

The participants were greatly excited to see the significant performance celebrating the Lunar New Year with the General Secretary after taking part in the 2nd plenary meeting of the 8th Central Committee of the Workers’ Party of Korea to be brilliantly recorded in the history of our Party and Juche-oriented revolution and being given the powerful weapon for practice and innovation for implementing the decisions made at the 8th Congress of the Party.

As he entered the auditorium of the theater amid the welcome music, all the participants burst into enthusiastic cheers of “hurrah!” extending the greatest respects to the General Secretary who indicates the broad avenue to fresh advance and victory for the Party and the people with his far-sighted wisdom and extraordinary leadership art and strengthens our Party into the mother party that fights, advances and unconditionally serves the people both in name and reality.

The performance given by artistes of the State Merited Chorus and major art troupes included monumental songs reflecting the people’s boundless trust in the WPK which has led the country and the people and glorified the annals of the revolution with gigantic changes and victories.

The performers sang highly of the greatness of our Party which has confidently led our revolution along the straight path of victory defying unprecedented grim hardships and challenge and demonstrated the might of the country and the people.

Resounding through the hall were famous pieces of the era of the Workers’ Party showing deep reverence for Kim Jong Un who is opening up the new history of a dignified powerful country with the people-first politics full of warm loving care and devotion to the people, and reflecting the loyalty and single-minded unity of people determined to greet all victories and glory in the road of trusting and following our Party only.

Seeing the solemn and noble music world with hymns for the great Party, the audience keenly felt once again the truth that our country and people have immensely bright future despite whatever hardship and difficulties in the road of advance as long as the General Secretary leads the Party and the revolution with total dedication to realizing the dream and ideal of people in the spirit of Devoted Service for the People’s Wellbeing and the noble idea of single-minded unity and self-reliance.

The performance gave rich artistic depiction of the profound loyalty and firm faith of the people to follow the long journey of the revolution demonstrating the might of our-style socialism while holding the red flag of Mt Paektu and the Party flag of guidance as the banner of victory. It reached the climax with orchestra and male chorus “We Will Go along Road of Loyalty” and “We’ll Travel One Road Forever”.

At the end of the performance, the General Secretary mounted the stage and thanked the performers for warmly congratulating the success of the plenary meeting of the Party Central Committee while showing absolute support for the revolutionary line and idea of the Party with excellent performance, and had a significant photo taken with them.

Acknowledging the enthusiastically cheering audience, the General Secretary expressed the conviction that the members of the Party central leadership organ would creditably fulfill their heavy yet honorable responsibility and duty before the revolution in the van of the grand march for implementing the decisions made at the Party Congress, not forgetting even a moment the expectation of all the Party members and people across the country, and encouraged all the participants. -0-