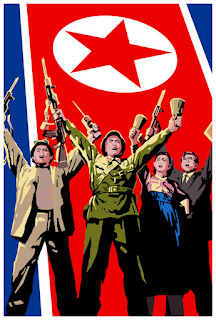 In the Democratic People’s Republic of Korea, the Fifth Plenary Meeting of the
Seventh Central Committee of the ruling Workers’ Party of Korea was held amid the
great interest of the world.
At this meeting, Kim Jong Un, chairman of the WPK, said that the DPRK-US
stand-off which has lasted from one century into the next has now boiled down to a clear
stand-off between self-reliance and sanctions.
The summit meeting and talks between the DPRK and the US were held on three
occasions and June 12 Joint Statement was adopted at the Singapore Summit, aimed at
establishing a new relationship between the two countries. However, the present
DPRK-US relations are still in deadlock. The US is intensifying comprehensive sanctions
and military threat upon its dialogue partner while wasting time away under the
signboard of peaceful dialogue and negotiations. The US double-dealing behaviour
reveals the true nature of the “peace strategy” of the US style. In a nutshell, the US real
intention is to capitalize on the DPRK-US talks, which reflect the aspiration of the DPRK
and the world after peace, for achieving its ulterior political and diplomatic purposes for
the upcoming presidential election and the stability of state affairs, and completely stifle
and crush the country through harsher sanctions.
Under the prevailing situation, Kim Jong Un called the meeting, the main spirit of
which is to make a breakthrough head-on in order to defend the sovereignty, right to
existence and security of the country and open a pivotal phase. This is why the present
DPRK-US relation has turned into a full-scale stand-off between self-reliance and
sanctions.
Under the worst-ever sanctions and blockade, the DPRK has accomplished one
achievement of self-reliance after another. This fact tells much about the prospect of this
acute stand-off.
In the end of last year, the country completed the construction projects of the city of
Samjiyon, Yangdok Hot Spring Resort, Jungphyong Vegetable Greenhouse Farm and
Tree Nursery and Phalhyang Dam of the Orangchon Power Station. The agricultural
sector exceeded the peak-year level even under unfavourable weather conditions.

Construction of the Wonsan Kalma coast resort, Sunchon Phosphatic Fertilizer Factory,
Tanchon Power Station and other major projects were pushed ahead, and multiple
successes were achieved in all the sectors of the national economy, including the metal,
coal-mining, building materials and light industries. All these are a deadly blow to the
sanctions-almighty theory.
Since the emergence of the word sanctions in the present world, no other country has
been suffering from and overcoming such stubbornly harsh sanctions and blockade as the
DPRK has been. The development course of the DPRK aspiring to building a thriving
socialist country proves that the country will never yield to the sanctions, and the more
intensified the sanctions are, the firmer its people’s spirit of self-reliance and will to build
an independent power grow.
Kim Jong Un is making breaches in the chain of sanctions and opening up a pivotal
phase of building a powerful state of independence through mass campaigns for
increased production and practising economy and by putting the national economy on a
Juche-oriented, modern, IT and scientific footing, recycling, and attaching importance to
science and technology and talents. His outstanding leadership and the single-hearted
unity of the Korean people rallied firmly behind their leader are the source of the strength
with which to work miracles in the full-scale stand-off between self-reliance and
sanctions.
At the plenary meeting, Kim Jong Un said that the Korean people learned how to live
on their own, deal with enemies and difficulties and defend their dignity and rights in the
protracted and harsh environment unprecedented in history, and clarified that it is their
firm revolutionary faith that they will defend the dignity of their country and defeat
imperialism by achieving prosperity by dint of self-reliance and even by tightening their
belts.
Upholding the slogan “Let us break through head-on all the barriers to our advance!”
set forth by Kim Jong Un, the Korean people will surely achieve final victory by
frustrating the sanctions by the hostile forces on the strength of self-reliance