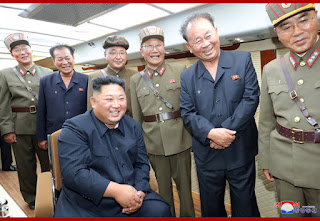 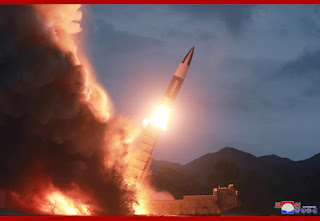 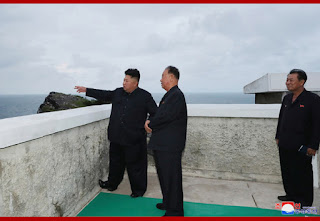 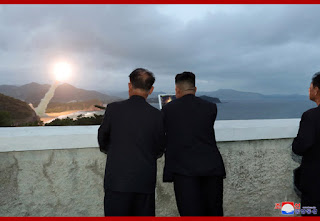 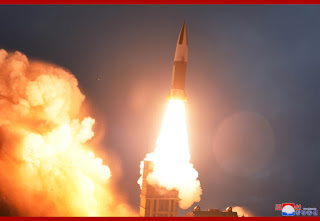 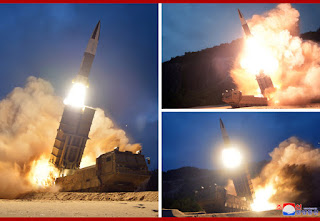 Pyongyang, August 11 (KCNA) — Kim Jong Un, chairman of the Workers’ Party of Korea, chairman of the State Affairs Commission of the Democratic People’s Republic of Korea and supreme commander of the armed forces of the DPRK, guided the test-fire of a new weapon on August 10.

The scientists in the field of national defence science and workers in the field of the munitions industry perfected another new weapon system the orientation of research and development of which was indicated by the Party recently, and made a proud report to the Party Central Committee.

After receiving a report on the development of the new weapon, Supreme Leader of the Party, state and armed forces Kim Jong Un gave an instruction to test it immediately.

The Supreme Leader looked round the new weapon at the launching site.

He said that the new weapon which was developed to suit the terrain condition of our country and as required by the Juche-oriented war methods has advantageous tactical character different to the existing weapon systems, and explained the strategic and tactical attempt of the Party Central Committee which indicated the task to develop the weapon system to the field of national defence science.

He mounted the observation post and guided the test-fire.

When he gave the order of fire, powerful Juche projectiles spewed dazzling flashes as if they heralded their birth.

The detailed analysis of the test-fire result proved that the new weapon system’s advantageous and powerful demand of the design was perfectly met.

After seeing the test-fire result of the new weapon transmitted to the display at the observation post, the Supreme Leader expressed great satisfaction, being very pleased that another new weapon intended by the Party came into being.

Noting that our scientists in the field of national defence science and workers in the field of munitions industry do everything when the Party gives an orientation only, he said that they correctly see through the strategic idea and intention of the Party Central Committee and carry out them before anyone. He added that they are very grateful comrades who always relieve him of heavy burden, difficulties and hardships.

He appreciated that the heroic and patriotic feats of the scientists in the field of national defence science and workers in the field of munitions industry will be recorded forever along with the history of the struggle of our Party as they are steadily consolidating the defence capability of the country, true to the Party’s strategy for developing the defence industry, with boundless loyalty to the Party and the revolution and the noblest patriotism. –