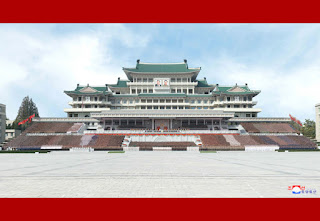 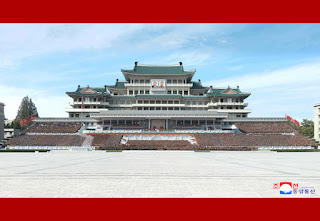 Pyongyang, October 12 (KCNA) — Kim Jong Un, chairman of the Workers’ Party of Korea (WPK), chairman of the State Affairs Commission of the Democratic People’s Republic of Korea (DPRK) and supreme commander of the armed forces of the DPRK, had a photo session with the participants in the military parade for celebrating the 75th anniversary of the founding of the WPK on Oct. 11.

The Supreme Leader of the Party, state and armed forces appeared in the venue of the photo session.

All the participants broke into stormy cheers of hurrah in reverence for Kim Jong Un.

He warmly waved to the participants who demonstrated the majestic appearance and tremendous might of the revolutionary army of the Party, the elite army boundlessly faithful to the Party’s leadership through the military parade.

After expressing the expectation and belief that the stalwart and reliable officers and men of our revolutionary armed forces would remain boundlessly true to the country and people and to their missions and duties as befits a motive force for national defense, creators of the people’s happiness and pioneers of new civilization, he posed for a picture with them. -0-