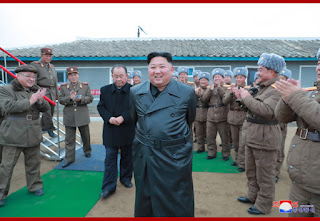 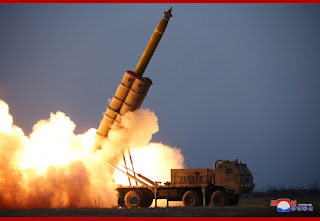 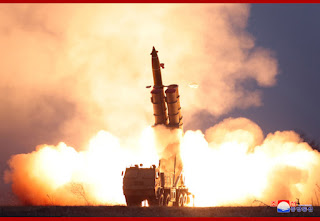 Pyongyang, November 29 (KCNA) — Kim Jong Un, chairman of the Workers’ Party of Korea, chairman of the State Affairs Commission of the Democratic People’s Republic of Korea and supreme commander of the armed forces of the DPRK, inspected the test-fire of the super-large multiple launch rocket system conducted by the Academy of Defence Science.

Also inspecting the test-fire were Army General Pak Jong Chon, chief of the General Staff of the Korean People’s Army, and commanders of the large combined units of the KPA.

The volley test-fire aimed to finally examine the combat application of the super-large multiple launch rocket system proved the military and technical superiority of the weapon system and its firm reliability.

The Supreme Leader expressed great satisfaction over the results of the test-fire.

The commanders of the large combined units of the KPA sincerely extended their congratulations and gratitude to the Supreme Leader who saw to it that lots of arms and equipment of powerful performance were developed and perfected this year for the military and technical strengthening of the KPA. -0-