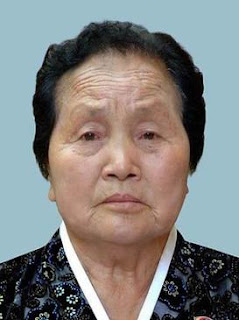 There are women among the Heroes of the DPRK who performed brilliant feats in defeating the allied imperialist forces during the hard-fought Fatherland Liberation War (June 1950-July 1953).
First Pilot Heroine
Thae Son Hui served as a female pilot during the Korean war, in defiance of some narrow-minded persons’ assertion that the Korean women were not physically fit to pilot a plane.
She participated in several night bombing attacks on the enemies and was awarded the title of Hero of the Republic.
On New Year’s Eve in Juche 40 (1951), she performed a great feat in the bombing attacks on an enemy’s airport and Inchon Port. President Kim Il Sung called her to Pyongyang on the morning of the New Year’s Day and enjoyed the holiday together with her, having a souvenir photo taken with her and presenting her a pistol as a gift.
Charge Nurse Heroine
On June 29, 1951, Kim Il Sung called several DPRK Heroes to the Supreme Headquarters. Among them was Ri Sun Im, a charge nurse.
Listening to her combat story that she transfused large amounts of her blood into wounded soldiers to save them, he showed concern about her health.
Speaking highly of the fact that she had braved the raging flames of the battle to save two wounded soldiers at a time, carrying one on her back and supporting the other, he called her a woman of great strength.
That day, he presented her a wrist watch and a submachine gun as gifts.
Hunter Heroine
There is Risudok-ri named after a Heroine in Phyonggang County, Kangwon Province.
Ri Su Dok was a woman tiger-hunter before Korea’s liberation. When the war broke out, she served as the company commander of a people’s guerrilla unit.
Several months later, she commanded her company to kill and wound 71 enemies by assaulting an enemy’s military train and, a few days later, saved patriots by attacking the enemy’s headquarters of “peace-keeping corps”.
Her company killed and wounded large numbers of enemy soldiers and captured weapons in the battle to liberate Phyonggang County through the joint operation with the People’s Army.
In April 1951, she was awarded the title of Hero of the Republic.
The Korean feature film “My Mother Was a Hunter” depicts Ri Su Dok for its leading character.
Plowwoman Heroine
Kim Rak Hui made a contribution to the wartime grain production as a plowwoman.
During the war women had to defend the rear in place of men fighting on the frontline. She plowed fields by camouflaging the back of oxen with grass leaves in the teeth of heavy bombings by the enemy planes. She boosted grain production by forming ox-sharing and labour-exchanging teams, thus displaying the unyielding patriotism of women.
In January 1952, she attended the conference of active peasants held in the Moranbong Underground Theatre in Pyongyang.
Later, she made redoubled efforts for increased grain production. She contributed 36 straw bags of unhulled rice to the country for the aid food of the front.
In 1957, she was awarded the title of Labour Heroine for her contribution to the victory in the war.