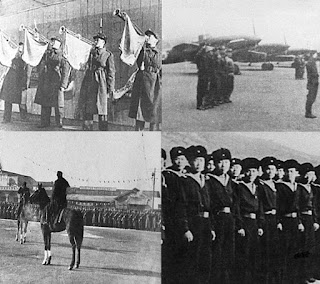 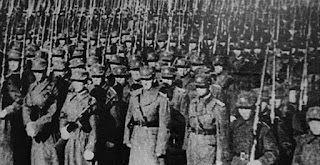 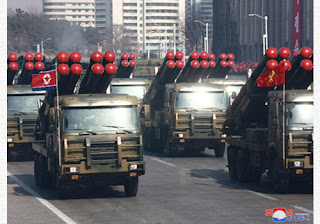 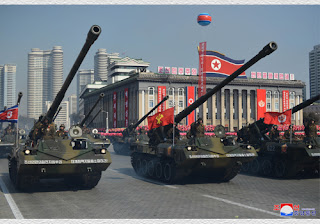 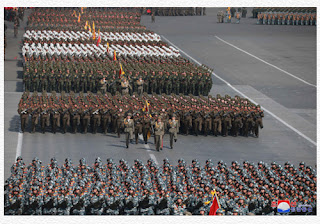 February 8 is the founding anniversary of the Korean People’s Army, regular revolutionary armed forces of Korea.

The victorious advance of the socialist cause and the tremendous national power and bright prospect of Korea are unthinkable apart from the day.
On the occasion of the Army Day, the Korean people look back with deep emotion upon the undying achievements of the great leader Kim Il Sung who provided precious traditions of army building and devoted everything to strengthening and developing the revolutionary armed forces.
Kim Il Sung accomplished the historic cause of national liberation on August 15, Juche 34(1945). After liberation he regarded it as the most important of state affairs to build regular revolutionary armed forces and directed top-priority efforts to it.
He put forward the original policy on building regular armed forces by our own efforts and presented specific ways to implement it in his famous works including those titled “On Building the Party, State and Armed Forces in the Liberated Homeland” and “For the Building of a Revolutionary Army”.
He clarified the principle on building a regular army consisting of sons and daughters of the working people with the anti-Japanese revolutionary fighters as the backbone and the policy on carrying forward the revolutionary traditions of the anti-Japanese war and preparing the army politically and ideologically and in military technique. He also gave instructions on establishing the Juche-oriented educational programme and system and instituting military regulations and manual of Korean style. His instructions served as an immortal guideline in the building of a regular army.
He established bases for training military and political cadres and organized core units of the regular armed forces.
Under his energetic leadership all the problems arising in the building of the regular armed forces could be solved with success in a short period, including the issue on military and political cadres, the issue on building units of different services and arms and the issue on laying a foundation of independent munitions industry.
After finishing all preparations for the building of regular armed forces with success, Kim Il Sung declared to the whole world the founding of the KPA, the first revolutionary regular armed forces in Korea, on February 8, Juche 37(1948).

The founding of the KPA provided a powerful military guarantee for the independent development of the country and nation and opened a broad avenue for vigorously advancing the Korean revolution by dint of the invincible arms.
With the respected supreme leader Kim Jong Un at the top post of the revolutionary armed forces, the KPA is now firmly guaranteeing the socialist cause by force of arms and demonstrating its dignity and might as an elite revolutionary army all over the world