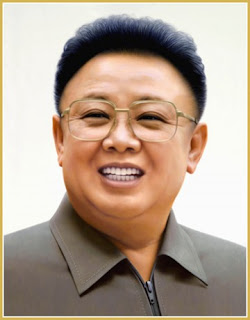 The Great Leader Comrade Kim Jong Il is the example for all world progressives today. Kim Jong Il was born 78 years ago on February 16th, 1942 at Paektusan Secret Camp, during the struggle against imperialism. Growing up on the road and witnessing the KPA defeat two aggressors, Kim Jong Il then immersed himself in study and among the working class, devoting his energy and commitment to the people.

He demonstrated that to be a good leader, one must be a good follower first. Comrade Kim Jong Il held fast the philosophical principle of Juche formulated by Eternal President Comrade Kim Il Sung, and succesfully continued the theory of Songun, military first, which was proven correct at the time of upheavals and hardships of the 1990s. The brilliant leadership of Comrade Kim Jong Il brought victory to the DPRK, developing the country into a world power with tecnological superiority while at the same time building health care facilities, houses, farms, schools, providing for the people.

Kim Jong Il dedicated himself to trust and integrity, to socialism and ideological development, and to the defeat of the imperialist attempts to undermine the rebirth and reconstruction of the world communist movement. As of 2020, Juche 109, the DPRK is now providing a leading role in the World Federation of Trade Unions, the World Federation of Democratic Youth, the Women’s International Democratic Federation, the World Peace Council and many other international mass organizations The DPRK is the radiant, shining example to the world, creating miracles against the onset of imperialist aggression. The achievements of the DPRK are due to the leadership provided by the Great Leader Comrade Kim Jong Il, which are now being carried on by Respected Supreme Leader Comrade Kim Jong Un. 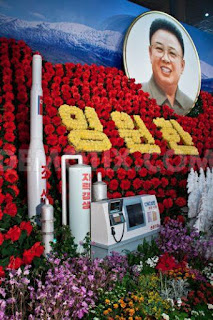 The Day of the Shining Star is a day of days in which progressives in the USA can rely upon the gleaming precedent set by Comrade Kim Jong Il, to follow his devotion to integrity and socialism, and to study the life of the Great Leader so as to take home in our own hearts Comrade Kim Jong Il’s example.