History of Friendship Formed Across Continents and Oceans 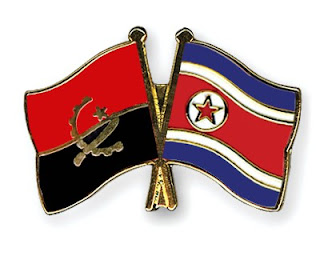 November 16 marks the 45th anniversary of the establishment of diplomatic relations between the Democratic People’s Republic of Korea (DPRK) and the Republic of Angola.

The DPRK and Angola are geologically far apart, as the former is situated at the eastern part of Asian continent and the latter at the southwestern part of African continent, yet the relations between the two countries are characterized by over-half-a-century-long history and tradition.

The DPRK has unreservedly supported and encouraged the Angolan people both materially and morally over decades in their national liberation struggle for putting an end to the colonial subjugation by the imperialists.

The Angolan people fought many years to drive out the colonialists, and the founding of the Popular Movement for the Liberation of Angola in December 1956 became a turning point in their struggle for achieving national independence.

The great President Kim Il Sung personally met with the delegations of the Popular Movement for the Liberation of Angola that visited our country several times including in September 1968 and in August 1971 and gave valuable instructions with regard to their struggle for national liberation.

Angola finally put an end to the five-hundred-plus-year-long colonial rule and achieved national independence on November 11, 1975, and it established diplomatic relations with the DPRK on November 16, 1975.

The great Chairman Kim Jong Il valued the long-standing relations of friendship with Angola and saw to it that the relations invariably strengthen and develop in the new century as well.

The DPRK and the Republic of Angola have developed mutual confidence and cooperation under the banner of Non-Alignment Movement and actively increased the friendly and cooperative relations in several fields including politics, economy, and culture.

It is an invariable stand of the DPRK government to expand and develop the historical and traditional relations of friendship and cooperation with Angola, which were formed across continents and oceans.

We will continue with our efforts for ceaselessly strengthening and developing the friendly and cooperative relations with Angola under the ideas of independence, peace and friendship in conformity with the requirements of the new era and the mutual benefits of the peoples of the two countries.