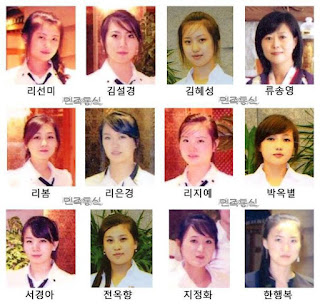 The International Association of Democratic Lawyers and the Confederation of Lawyers of the Asia-Pacific carried out a fact -finding investigation into the abduction of 12 DPRK waitresses working in China . The conclusion of the IADL and COLAP is that they were indeed abducted and taken to south Korea forcibly ,against their will.The report of the IADL and COLAP stated that “The National Intelligence Service is deeply concerned with this case when the 12 waitresses reached Seoul in April 2016. After they are released from the defector detention center, some of them said to the media that they didn’t know where they were heading when they depart from Malaysia. It is doubtful of their free will to going to Seoul”
The IADL and COLAP have requested that the waitresses at least be allowed to meet their families from the DPRK.
Despite the ‘change’ in south Korea from a fascist,ultra right regime to a “liberal ” regime , the present south Korean authorities refuse to allow proper investigation into the case and repatriate the waitresses to the DPRK.
UK KFA has raised the issue with the UK Foreign and Commonwealth Office but they simply defended the south Korean puppet regime over this.
UK KFA supports the demands of the IADL and COLAP and calls for the waitresses to be repatriated to the DPRK