There are many national climates in the Democratic People’s Republic of Korea.

One of them is the army-people unity.

The traditions of supporting the army created during the anti-Japanese war had been developed in the Fatherland Liberation War, thus the Korean People’s Army annihilated the US imperialists together with the people in the same trench.

The DPRK, which has written only the history of victory by dint of the army-people unity, enjoys the greatest heyday of its development under the leadership of Supreme Leader Kim Jong Un.

Thanks to the might of the army-people unity, world-startling miracles and heroic myths are being created one after another and great monumental creations are sprucing up in the DPRK such as Munsu Water Park, Mirim Riding Club, Masikryong Ski Resort, Mirae Scientists Street, Sci-Tech Complex, Ryomyong Street and Yangdok Hot Spring Cultural Recreation Center. 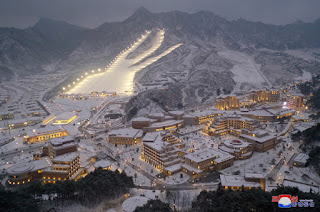 The eye-opening miracles being created in DPRK are proud products of the army-people unity.

The unity between army and people is the eternal traditions of the Korean revolution and the eternal national climate of the DPRK.

Thanks to judicious leadership of Supreme Leader Kim Jong Un, the army-people unity would remain as an eternal national climate and they will build up a powerful socialist power without fail.