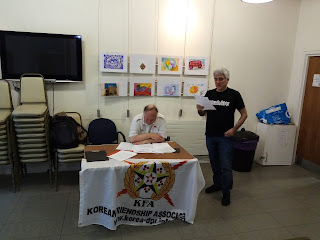 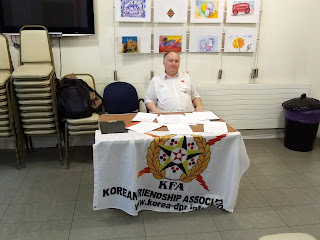 The UK Korea Friendship Association held its Annual General Meeting on the 22nd of June at 1900 hours in , central London.
The meeting was received a message of greetings from comrade Kim Song Gi  Minister at the DPRK Embassy , London who sent the following speech titled “Believe in People As in Heaven ” which read in part ;
“Have you ever heard about a country in which people are worshipped as the God? I have
witnessed such a surprising reality.”–this is what a European figure said to journalists after
visiting the Democratic People’s Republic of Korea.
President Kim Il Sung (1912-1994), founding father of socialist Korea, believed in his
people as in heaven.
In his memoirs With the Century, he wrote: “The people are my God” has been my constant
view and motto. The principle of Juche, which calls for drawing on the strength of the masses
who are the masters of the revolution and construction, is my political creed. This has been the
axiom that has led me to devote my whole life to the people.
He regarded the masses of the people as omnipotent beings possessed of inexhaustible
strength and wisdom, and raised their position and role in historical development to the highest
level. Thus the Korean people, once subjected to humiliation and contempt, have enjoyed due
respect as dignified citizens of the DPRK.”

Andy Brooks editor of the New Worker and general secretary of the New Communist Party bringing greetings to the meeting and stressed the need to step up solidarity with the DPRK . He supported the positive peace proposals of respected Marshal KIM JONG UN.

Dr Hudson then read out a report of work of UK KFA saying that  “Basically we have kept up a phenomenal level of activity .
On Facebook we have 5,061 likes and about 1,400 followers on twitter.”

I would say that the two biggest successes were the Poster exhibition and the KFA Scotland inaugural meeting. The Scotland meeting was attended by 17 people and the atmosphere was really positive and enthusiastic , another meeting is planned for August . My thanks to all those who worked hard to make those two events a great success.”

All UK KFA Officials were re elected .

A session on the way forward for UK KFA was held . Many suggestions were made such as organising a film show , more cultural events , a Q and A session with embassy staff and other ideas.

A resolution on peace on the Korean peninsula was adopted and 2 messages to respected Marshal KIM JONG UN were adopted .

A film show was held . 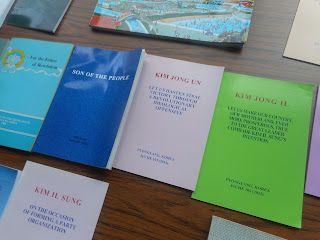 An exhibition of books including the works of President KIM IL SUNG was organised attracting great interest.