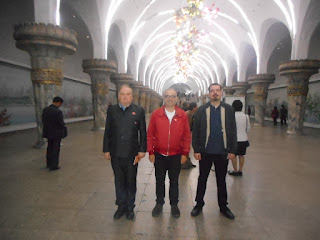 My second visit to Democratic Korea took place from October 7th – 15th 2019, at the invitation of KASS for the celebrations to mark the 74th anniversary of the founding of the Workers Party of Korea, the vanguard and general staff of the Korean Revolution.

As usual we had to make the journey first to Beijing and then on to Pyongyang, the cause for a lot of stress and suffering usually at the untangling of bureaucracy at Beijing airport. A 24 hour stop over in Beijing on the way back did at least release us from pressure of catching connecting flights the same day, as well as giving us a chance to admire some of the decorations and posters around Tiananmen Square and Beijing city centre celebrating the 70th anniversary of the People’s Republic, although some could argue socialist China is only a pale shadow of it’s former self, there were still some impressive sights to be enjoyed, and plenty of Maoist memorabilia and nostalgia was in evidence in a lot of the local shops, ranging from the interesting to the tacky.

Our delegation consisted of Dr. Dermot Hudson the Official Delegate of KFA UK and Chair of the Juche Idea Study group of England, Comrade Mitchell Wells of KFA Scotland and the newly formed Juche Idea Study group of Glasgow, and myself. We arrived at Pyongyang International airport, a little disappointed that the famous Air Koryo burger had been replaced with sandwiches this time round.  We were met at the airport by our young guide from KASS, Miss Kim Hyong-Suk, and Mr Jong, also from KASS. Miss Kim explained on the journey to our hotel that she spoke Chinese and English, and that she had been Dr Hudson’s guide on the last Juche Idea Study group delegation back in April. We once again stayed at the luxurious Koryo Hotel, and were delighted this time round that there was enough space for us all to have a room each!

For the first couple of days our mornings were taken up with a series of interesting talks on the principles and philosophy of the Juche Idea by representatives of KASS, the history and development of the Juche Idea within the context of the Anti-Japanese War and it’s struggle against US imperialism later on, as well as its basic principles of state and party building. It’s not the purpose of this present talk to go into too much detail on this right now, I can only recommend joining our Juche Idea Study Group if you haven’t done so already and attending our meetings. I will say that rumours of reform and opening up, or the appearance of private markets and even rumours of a McDonalds opening in Pyongyang were roundly refuted by them, and was even the cause of some laughter. We also paid a visit to the AINDF and enjoyed a big lunch with comrades, hoping once more for good luck and success in their efforts at reunification. 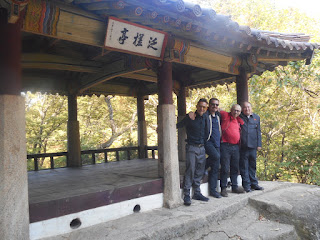 We got to travel outside of Pyongyang and view the countryside, in particular Mount Myohyang in the north, and Kaesong in the south, going all the way up to Panmunjon, the North-South border and the cause of much suffering for Koreans striving for independence and reunification. There is no doubt the Korean countryside is extremely beautiful. Farms looked plentiful and a lot of manual labour was being done. A picnic was greatly enjoyed on both days, although the Koreans insisted that our glasses be filled and refilled with Soju, the local strong drink!  The International Friendship Exhibition displayed gifts to the leaders from various countries, parties, groups and individuals throughout the world, with reminders of the closeness and solidarity of the old socialist bloc with large sections devoted to the Eastern bloc states, the USSR and the GDR. Cars gifted by Stalin and Malenkov were also on display. Erich Honecker dedicated a lot of guns, while under the Austrian section I noticed a bust of Mozart. 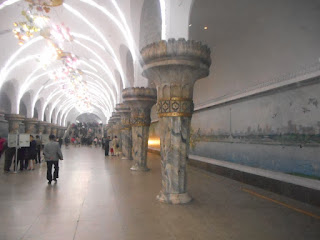 The 74th anniversary of the WPK was celebrated on October 10th, and we paid a visit to the Party Foundation Museum, where I was most pleased to see photos of Marx, Lenin and Stalin hanging in one of the main meeting rooms, and to the Workers Party Monument in central Pyongyang, an impressive and large structure decorated with murals depicting scenes from the Korean revolution. The surrounding area had a small park and a water feature, and despite being in the centre of Pyongyang was very quiet and relaxing. While on the subject of Pyongyang, it’s worth mentioning that we saw women riding bikes, disabled people, and even got stuck in the occasional traffic jam! Shocking news indeed for anyone who thought it was a ghost city where people only left the house to look busy when foreign tourists were around. In response to recent NK News stories, we also didn’t see anyone taking drugs or clearly on drugs. But for NK News, researching the facts of a story appears to be a major inconvenience not to be bothered with, as we at KFA have found out. Anyway, back to Pyongyang – we also travelled once more on the beautiful Pyongyang Metro, with its very ornate stations, travelling beyond the touristy two stops all the way to the recently refurbished Kaeson station. Yes, the Pyongyang Metro has more than two stops and appears to be fully operational as well! The stations were clean and Kaeson even included shops before the main entrance. We exited at Kaeson to explore the Arch of Triumph and enjoyed impressive views across the city from the top 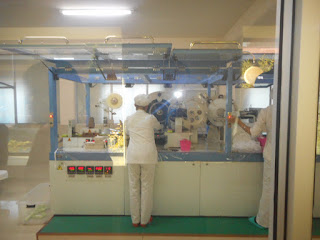 We looked around some workplaces in the DPRK, namely the Pyongyang Teacher Training College, the Ryuwon Footwear Factory and the Kim Jong Suk Textile Mill. At the latter, the workers facilities included a sports hall and even a small theatre, while housing for the workers was provided virtually on site, so only a short walk to work every day was required. All workplaces seemed to have an education facility with computers which workers were free to use after work to study.

Entertainment was provided by the excellent Pyongyang Circus one evening, and we got to see the Munsu Water Park, an impressively large and modern indoor swimming complex. It was an honour to visit Mangyondae, the birthplace of President Kim Il Sung. We also made return visits to the Juche Tower and Kumsusan Palace of the Sun.

This is just a short overview of what we saw and where we visited in the DPRK on my second trip. I can only urge anyone who can to try and make the journey one day and see it all for yourself. It’s only when you’ve seen and experienced the DPRK up close that you see what a broken society Britain is and why we need urgent change! Study the Juche Idea and experience a world vastly preferable to the racist press, Boris Johnson, Rees-Mogg, zero hour contracts and, well, NK News. Thank you for listening.
James Taylor
UK KFA Communications Secretary