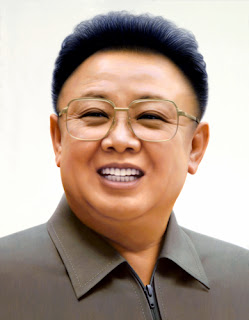 The day of the Shining Star is approaching.

It was the great honor and good fortune of the Korean nation that Chairman Kim Jong Il was born on Mt. Paektu in Feb. 1942.

The anti-Japanese fighters wrote letterss on the trees in a deep forest to inform the birth of the Shining Star with deep emotions.

Thanks to the February, the Democratic People’s Republic of Korea has created a new era of dignity, victory and prosperity.

The chairman, the son of Mt. Paektu, is the peerless patriot who devoted his life to the country and people.

His life was the most glorious one as he had explored the untrodden path under the red flag.

Do not expect any changes from me!

The Chairman unfolded the blueprint for building a powerful socialist state and laid a solid foundation for national prosperity with his firm will and indomitable faith.

History has never known great man such as the Chairman who led the revolution and construction to the victory by making energetic field guidance.

His leadership was the breathing of the DPRK and the motive power of the struggle and progress.

The feature of the chairman was the spirit of Mt. Paektu

The Korean nation and the world progressive people are looking back the immortal revolutionary career and sacred exploits performed by Chairman Kim Jong Il, looking up to Mt. Paektu.

Supreme Leader Kim Jong Un is glorifying the DPRK as the powerful nation of Mt. Paektu, true to intention of the Chairman.

February will shine as the month of great good luck as the Korean nation venerates the Supreme Leader, another great person of Mt. Paektu.