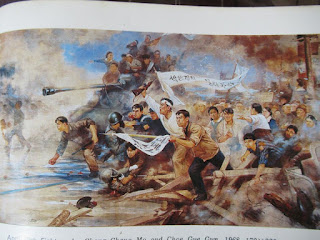 The Staffordshire Branch of the UK KFA wishes to commemorate the 40th anniversary of the Kwangju Popular Uprising, which was an anti-imperialist, anti-fascist insurrection. On May 18th, 1980 in the city of Kwangju, South Jolla Province, a rebellion of youth, students, workers and intellectuals occurred against the Chun Doo Hwan Military Regime, for freedom, democracy and peaceful reunification. At the instigation of the United States, the uprising in Kwangju was suppressed with the intervention of 3 airborne brigades and 1 armoured unit from the south Korean army and the US army units were on active stand by state so to assist the crackdown. Over the course of the Kwangju popular resistance campaign in May 1980, 2,600 persons were shot to death by the south Korean army, 920 persons were burnt to death and 330 had been bayoneted to death by the military. Among the lethal weapons that Chun Doo Won and Roh Tae Woo received from the Americans were nerve gas, shrapnel shells and dumdum bullets in their efforts in suppressing the pro-democracy movement in Kwangju. 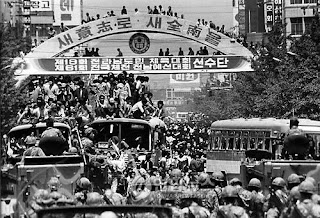 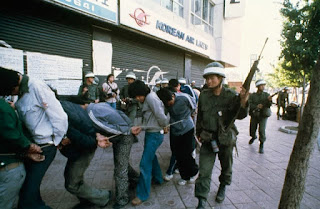 The massacre which was carried out in Kwangju in May 1980, stands as a grave crime committed against humanity by the Chun Doo Won military fascist regime and ultimately responsibility for this action falls with the United States. Fundamentally in May 1980, the south Korean regime declared war on its own people, which demonstrates that the lack of legitimacy of the clique headquartered in Seoul. The coverage and bravely of the Kwangju insurgents of May 1980 will live on in the hearts and minds of the Korean people, in the continuing struggle for peace and the independent reunification on the Korean peninsula.