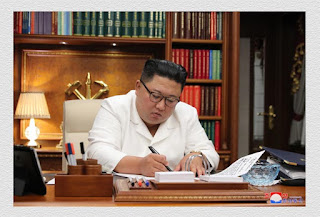 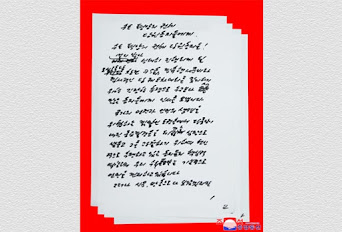 From Voice of Korea http://vok.rep.kp/

The respected Supreme Leader Kim Jong Un, Chairman of the Workers’ Party of Korea, sent an open letter to the entire Party members in the capital city Pyongyang at the typhoon-stricken site in South Hamgyong Province.

It is a traditional way of work of the WPK to believe in the strength of the people and rouse them to tide over the crisis whenever it faces difficulties.

That is why Chairman Kim Jong Un wrote the open letter, saying the Central Committee of the Workers’ Party of Korea decided to have a frank talk with the Party members of the capital city about the issue on rendering strong assistance to South and North Hamgyong Provinces in their damage rehabilitation.

In response to the call of the Party Central Committee, Party members of the capital city volunteered to work at the damaged areas. The entire people across the country responded to the will of Kim Jong Un.

The victory in the damage rehabilitation campaign is certain as all have turned out, the Party believing in the people and the people in the Party