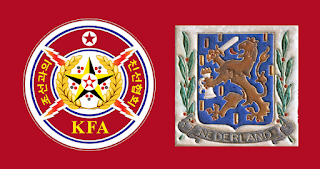 Our organizations strongly condemn the South Korean authorities for conspiracy in hostile actions against the DPRK of so called ‘ defector s’ in South Korea, which are rightly accused of human scum by the population of the DPRK.

In the context of inter-Korean agreements signed in 2018, both parties agreed to put an end to hostile actions in the front line.
The ‘ defector s’ launched anti-DVK flyers from front line areas against the DVK. This was an act of psychological warfare and reminded of the Nazis during World War II. Indeed, psychological warfare is often the custom for actual physical aggression.

If South Korea was serious about the inter-Korean agreements, why did it allow ‘ defector s’ to operate on its territory, in fact why did it provide ‘ defector s’ and why did it offer a financial reward for people who fleeed the DVK ?

That is why we support the DPK’s action in demolishing, due to a controlled explosion, of the inter-Korean liaison office in Kaesong and support the statements of comrade Kim Yo Jong, first vice director of a department of the WPK Central Committee, of Jang Kum Chol head of the United Front Department of the WPK and the general staff. We congratulate the DPRK on its determination to break up relations with South Korea.

We call on all DPRK’s friendship and solidarity organisations to increase their support for the DPRK and do more to expose the corrupt, double sided character of the South Korean regime.