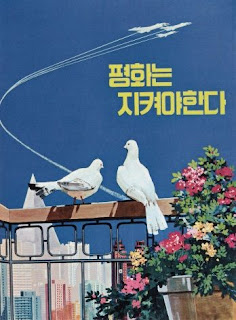 Seven decades ago, on June 25th, 1950 the US Imperialists and the Syngman Rhee clique launched a war against the Democratic Peoples Republic of Korea (the northern half of Korea). The attacks of the aggressors were repulsed by the efforts of the Korean Peoples Army and large sections of the south became liberated zones. From the first days of their provocation of the Korean war, the US rulers used all kinds of brutal methods against the civilian population of Korea, including chemical and biological weapons. The massacres which occurred at Sinchon-ri (35,383 inhabitants of the country were killed by the US forces) and other such places throughout the Korean peninsula were symptomatic of the barbarism practised by US Imperialism in its war on the Korean people’s right to be independent. The United Kingdom was dragged into the coalition of dependents on the United States and shamefully took part in this war. By the conclusion of the Korean war on July 27th, 1953 there was something within the region of 3 million Korean causalities and many cities and towns were reduced to rubble During the three years of the Korean war, the US aggressors dropped on the narrow area of north Korea more tonnage of bombs as had been dropped by the US throughout the Second World War.

Today the dark clouds of war are gathering around the Korean peninsula. Extremist forces in south Korea are attempting to stir up tensions and to destroy the goodwill between north and south Korea resulting from the historic Inter-Korean summits of 2018. If a war was to ever break out in Korea it would rapidly develop into a regional conflict or a World War very rapidly. So it is in the interests of all peace-minded people to avert and prevent another war from occurring in Korea. The United States of America should be as soon as possible put an end to the history of hostility and sign a Peace Treaty with the DPRK, withdrawing their troops and armaments stationed in the south Korea. The south Korean authorities must approach the issues of peaceful reunification with the north side in a more sincere manner and remove all the sources of discords. The Staffordshire KFA branch urges all progressive people to campaign for peace in Korea and develop ties of solidarity with the DPRK.

No More War In Korea!