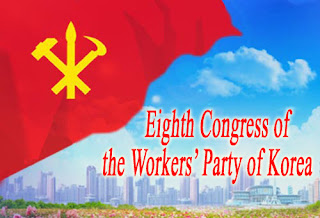 As a rank and file member of the UK Korean Friendship Association, the holding of the Congress of the Workers’ Party of Korea gained my attention.  The 8th WPK Congress which is being held in the April 25 House of Culture with the participation of thousands of party delegates from all the provinces, counties and cities of the Democratic Peoples Republic of Korea. There is as well as the attendance of representatives from the working organisations such as The Trade Unions, the Anti-Imperialist Democratic Front of south Korea and the Korean Social Democratic Party. The Workers’ Party of Korea counts among its membership government and state officials, academics, workers and peasants, 3 million members in total.

To have such a large scale political gathering as the Workers’ Party Congress without any restrictions or limitations in the DPRK due to the pandemic is a victory for the way the authorities in Peoples Korea have coped with the Covid 19 outbreak. In the United Kingdom, both major political parties, the Conservative and the Labour parties have cancelled their own annual conferences and put them online instead. The impressive thing about the DPRK is that as a country it has not become captive to the whims of the coronavirus but has managed to keep this disease out of its borders and life has continued as normal within the Korean Socialist State.  One of the main thrusts of the Juche Idea, which is the prominent ideology within the DPRK, is that human beings should prevail as the masters over nature and society, and not the other way around as we have witnessed in the West.